“Beauty And The Beast” Live-Action Photos

Back in May we got our first glimpse into what Emma Watson will look like as Belle in the live-action version of Beauty and the Beast..

And now? Well, we’ve got a few more characters to get excited about, thanks to newly released images.

We all remember The Beast, and that luscious auburn hair… 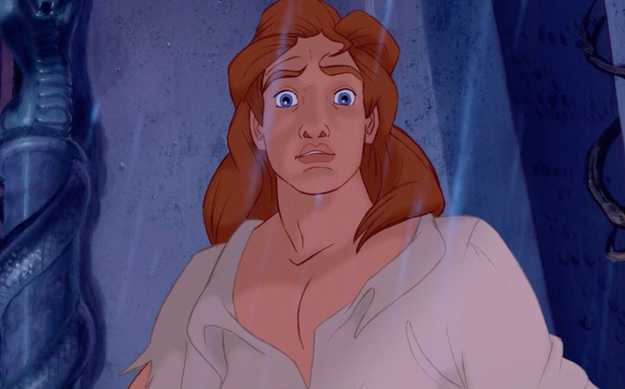 …In the live action version we’ve got Dan Stevens as Beast, but this time with blonde locks.. 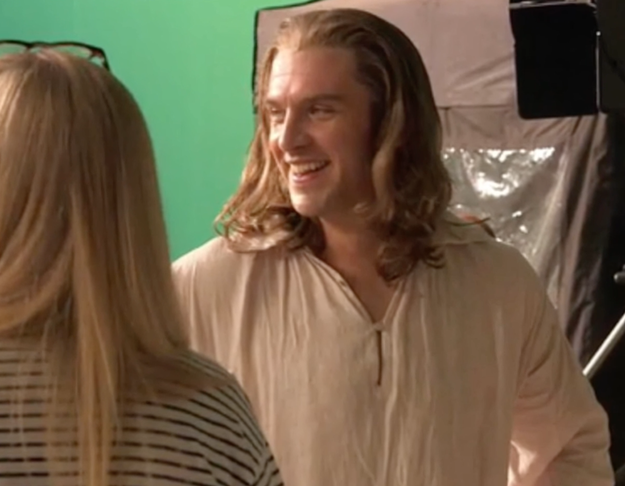 Missing the tinge of ginge, TBH, but I’ll allow it..

Then there’s our old pals Cogsworth and Lumiere, who just want you to be their guest. 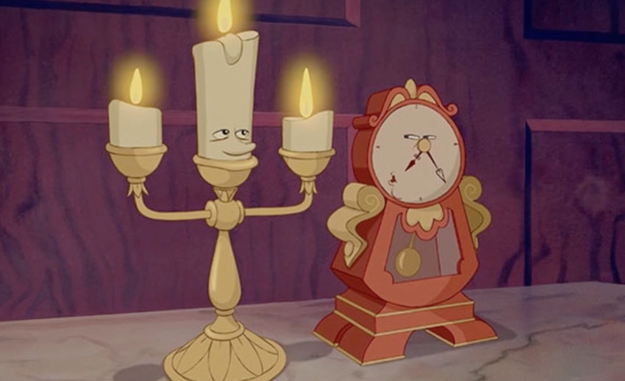 And here’s what they’re likely going to look like in the live action version. 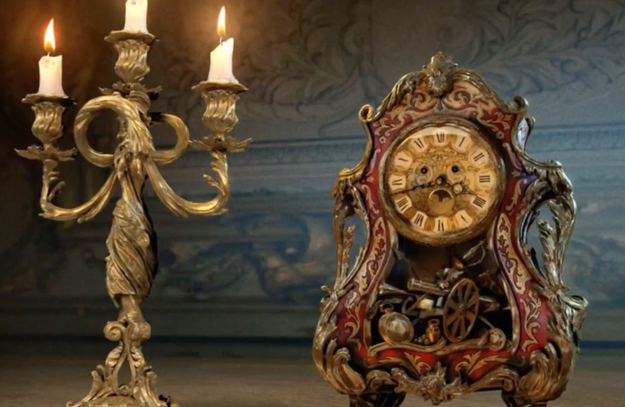 “Here’s a fine piece of concept art of Ewan McGregor as Lumière and Ian McKellen as Cogsworth,” wrote producer Jack Morrissey on Facebook. “These designs are close but may not be final.” 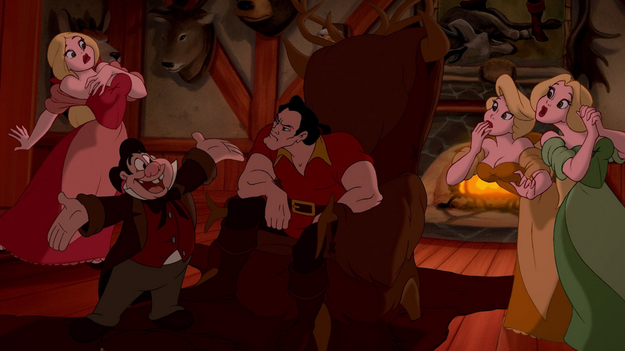 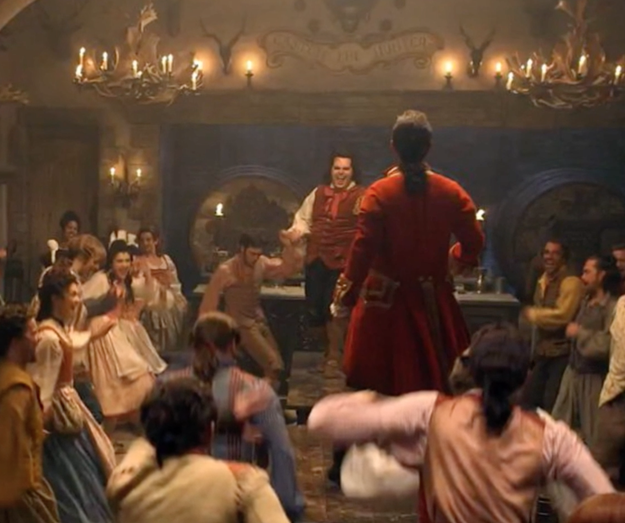 My, what a guy, that Gaston! 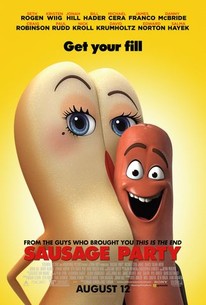 Life is good for all the food items that occupy the shelves at the local supermarket. Frank (Seth Rogen) the sausage, Brenda (Kristen Wiig) the hot dog bun, Teresa Taco and Sammy Bagel Jr. (Edward Norton) can’t wait to go home with a happy customer. Soon, their world comes crashing down as poor Frank learns the horrifying truth that he will eventually become a meal. After warning his pals about their similar fate, the panicked perishables devise a plan to escape from their human enemies.

Pass: The comedic voices were amazing! The unique storyline about food not realising it gets eaten was amazing, but I think the trailer spoils all the good bits!

Fail: The lack of really really funny bits, we had a few chuckles and cringe moments but not full on stitches of laughter as I had hoped.

I’d wait unless you have an unlimited card.. enjoy with a few drinks to keep the laughs flowing.

• Is there an end credit scene?

Seeing the foods reaction to the potato being peeled.. the flour exploding.. along with the bath salts bit!

A rude and cringe funny animated film with a few good laughs.. I wouldn’t pay to see this film (I have an unlimited card :P) but it is worth a funny watch when you are in the mood for a silly film. Have a few drinks and it’ll be the perfect film for a silly night.

Films coming out in September

September is nearly here, summer is drawing to a close, but not to worry – it’s going to be a bloody good month to go to the cinema!

What’s it about? Food items are horrified to discover what actually happens after humans take them home from the supermarket.

Is it good? It’s probably the weirdest film you’ll see all year..

What’s it about? A group of friends attempt to rob a wealthy blind man, but they quickly find out that he’s a lot more capable (and violent) than they’d thought…

Who’s in it? Stephen Lang, Jane Levy and Dylan Minnette

Is it good? Reviews have been very positive, and people are already suggesting that this could be the best horror of the year…

What’s it about? After James finds a video that he believes shows his (missing) sister in the notorious Blair Witch woods, he and a group of friends head there themselves, hoping to find her.

Who’s in it? Corbin Reid, Wes Robinson and Valorie Curry.

Is it good? Director Adam Wingard (V/H/S, You’re Next) claims it’s his scariest movie yet.

What’s it about? A young New Yorker moves to 1930s Los Angeles, and promptly falls in love with his uncle’s beautiful young secretary.

Is it good? Reviews have been largely positive, with loyal fans of Woody Allen sure to enjoy his most recent effort.

What’s it about? Bridget Jones, now divorced from Mark Darcy, gets pregnant, but has no idea who the father is. Is it her ex-husband, or her handsome rebound, the American Jack Qwant?

Is it good? Watch this space…

What’s it about? Based on the best-selling horror novel, this looks at a scientist and a teacher living alongside some very special children in a post-zombie-apocalypse hell.

Who’s in it? Gemma Arterton, Glenn Close and Paddy Considine

Is it good? Reviews have been mixed, but fans of the zombie genre should be delighted.

What’s it about? An FBI agent goes undercover to take down a radical neo-Nazi group.

Who’s in it? Daniel Radcliffe, Toni Collette and Sam Trammell.

Is it good? Imperium has attracted some high praise (apparently it’s tense and terrifying) with Radcliffe’s performance in particular seriously making some waves.

What’s it about? Seven “magnificent” men come together to help a village defend themselves from thieves in this remake of the 1960 Western classic.

Who’s in it? Denzel Washington, Chris Pratt and Ethan Hawke.

Is it good? Watch this space…

What’s it about? Investigating his grandfather’s death, Jacob stumbles across a strange home filled with “peculiar children”.

Is it good?  its Tim Burton.. obvs going to be good!

What’s it about? A man stranded on a desert island gets some company in the shape of a (still farting) corpse that washes up on the beach.

Who’s in it? Paul Dano and Daniel Radcliffe.

Is it good? This film polarised audiences when it first screened – some walked out in disgust, others gave it a standing ovation. You’ll have to judge for yourself whose side you’re on.

Dory (Ellen DeGeneres) is a wide-eyed, blue tang fish who suffers from memory loss every 10 seconds or so. The one thing she can remember is that she somehow became separated from her parents as a child. With help from her friends Nemo and Marlin, Dory embarks on an epic adventure to find them. Her journey brings her to the Marine Life Institute, a conservatory that houses diverse ocean species. Dory now knows that her family reunion will only happen if she can save mom and dad from captivity. 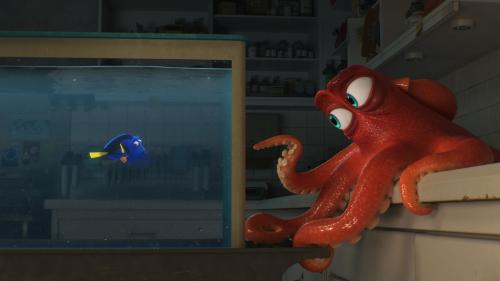 Pass: The animation was incredible!! As always.. but there were so many scenes which looked so real! This is no surprise since ‘Good Dinosaur’ used a mix of real life scots and animation. The new characters such as Hank the Octopus and Becky the bird.

Fail: The storyline was really cute and followed on from Nemo perfectly, however I did miss the three sharks though and had hoped a reunion would of occurred. 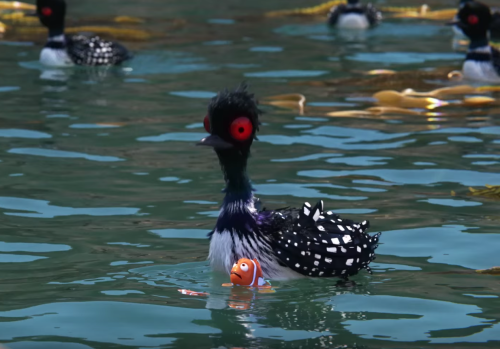 Disney Pixar fans alike, animal lovers and families who want a great kid film that they will all enjoy the same!

In the cinema it makes it seem although you are in the ocean 🙂 See it now!

• Is there an end credit scene?

YES! Make sure you watch it 🙂

DORY AS A BABY! SOOOOO CUTE! 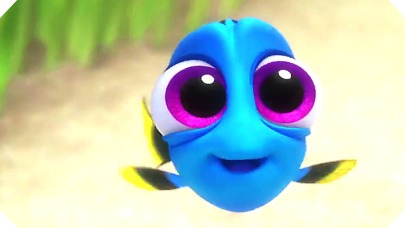 Oh and apart from Dory it has to be the bird Becky – too funny! Also the part when Dory finds the house with the stones.. no spoilers.. you’ll know! *tears*

Such a perfect follow on from Finding Nemo (even if it was years and years apart!) A family heart warming story following our favorite little blue searching for her family and meeting new characters along the way. Another amazing Disney Pixar film. It will not disappoint!

Pixar is best known for making amazing animated movies, filled with cute characters and heartwarming plot lines. And, let’s face it, we’ve all cried at one point or another.. Don’t bring up Nemo. :p No wonder the studios have so many admirers all around the world.

These Pixar movie fans took their love of the movies to another level by inking themselves with their favorite Pixar characters. The list, compiled by Bored Panda, showcases some of the cutest tattoos we could find.

#8 To Infinity And Beyond Toy Story Tattoo